Not sure if any of you know, but I am a double major both at Valenti and at Bauer. I didn’t plan for it to be like this. I planned to be reciting scripts on stage and learning how to express emotion in so many ways in a single performance. Ever since I was little I wanted to be an actress and win an Oscar. Originally in high school, I was a huge theater kid before I joined film class late in the game my Junior year.

I grew up in a very traditional household. Meaning that, if you are hispanic, art as a career is pretty much a no go. As a Senior in high school I was so close to auditioning at UH to be in the theater school. But you know… stuff happened and I had to be redirected in order to appease those around me. I knew I could film and somewhat direct/ produce, but I only have self taught experience under my belt. I entered UH as an Integrated Comm major, desperate to find my niche. I wanted to be in Media Production, but also felt like I was nowhere near the talents current students have (I still feel this way). I am so harsh on my work that I don’t ever want anyone seeing it. I had a film screened at a festival and I nearly bursted into tears at the fact that I had to sit and watch the horror with an audience.

“I could always do better.” is my biggest enemy in my head.

I soon declared business as a major to go in hand with media, because, if I wasn’t good at making film, I can at least learn other ropes and help market it. I know I have a creative eye, but it’s not good enough.

And no this is not a “woe is me tell me my stuff is good.” these are very much personal thoughts and insecurities that run through my head anytime I open up FinalCut. I want to be confident in my work and confident that I can direct and hold a camera without being afraid. Sometimes I wish I can fully dive into something creatively without thinking of the inner criticism or that I look like I don’t know what I’m doing. I hold back, I know I do. Theres so many photoshoots and videos I want to do that’s all in my noggin but I’m too scared to do it.

So here we are. A little insecure and a little unsure of a lot of things. I tend to sit back and watch you amazing humans work just because I’m a visual learner.

Anywoo… I hope to grow out of this and dive in, because being stuck in a 9-5 cubicle is something I was not born to do. 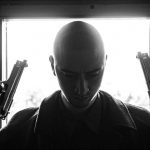