My Wife vs. Martin Scorsese

After reading Kelvin’s post about watching Goodfellas with three film buffs who hadn’t seen it, I was inspired to tell this story:

My wife Liz is not–I repeat, NOT–a film buff. Anytime I mention Martin Scorsese, she just rolls her eyes. I have asked her many, many, maaaaannnny times to watch Raging Bull with me. She’s never even come close to saying “yes”. She knows nothing at all about Raging Bull, except that I love it and Martin Scorsese directed it. And that’s enough for her. She won’t watch the fucking thing.

Of course, Liz watches movies. Plenty of them! Usually, she does it while she’s doing something else (on her phone). She enjoys movies, but she does not properly respect them. Know what I mean? 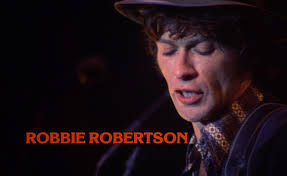 So I start The Last Waltz. As soon as the movie begins, my wife looks up from her phone. She’s just curious, of course. But she’s instantly hooked. I can tell. Scorsese is working his magic on her. Her phone is forgotten. She’s watching. For twenty minutes, she can’t pull her eyes away from the screen.

Finally, she shakes her head, as if she’d wandered off. She says, “This is really good,” and then she just keeps watching.

We watched the entire thing.

And of course, she completely ignored the director’s credit.

(Anyway, If you’ve ever wondered where the modern Concert Film began, watch The Last Waltz.)

What Godzilla Is and What It Can BeArticles, film