Just finished watching Tiger Tail written and directed by Alan Yang on Netflix. You might know Alan Yang as on of the executive producers on The Good Place, Parks and Recreation, and Master of None (one of my personal favorites in terms of TV Series). In Tiger Trail Yang gives us a dramatic slow-burn influenced by his father’s life and experiences. In the film young Ping Jui is motivated by his desire for safety and security for his mother. Despite being in love with his girlfriend (and childhood friend) Yuan, his dream of moving to America leads him to agree to something of an arranged marriage with his boss’s daughter, Zhenzhen. The movie deals with emotional connection, harsh realities of immigration, and self acceptance.

The film is beautiful inside and out, with cinematography by Nigel Bluck who most recently worked on Peanut Butter Falcon with Tyler Nilson and Michael Schwartz(highly recommended by me, Miranda). Here’s a breakdown of Nigel’s process if you’re interested. This is also a great channel (Indy Mogul) if you don’t know of it already, they cover all kinds of movie making related things but i especially love when they bring cinematographers on to discuss their specific projects and scenes.

Like I mentioned, Tiger Tail is a slow burn but that’s exactly what I needed to absorb every inch of this story and find the gradient between young and old Ping Jui. It’s been a while since I’ve watched a movie told through flashbacks, maybe since the Irishman last fall. With this kind of pace we’re able to compare the contrast of young Ping Jui with all his love and free spirit to and older stiffer version of himself through all of his flashbacks until their personalities meet somewhere in the middle of past and present and we recognize the bitter man.

The movie got me thinking about my own history and my family’s account of immigration. I think in my own life I’m missing the emotions that drive the stories I know like a script or a bible verse. I know everyone from my history like characters rather than family. I didn’t meet a lot of them and I think maybe that’s okay, I have the skeleton of the stories I’d want to tell someday and I also have the freedom to invent some feelings and motivations myself. Create my own closure.

Interesting side note, and a little cross over. Older Ping Jui is played by Tzi Ma who is also the father in The Farewell, which I recommend too. 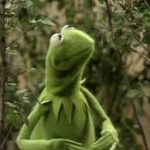 A Couple of Budgets, A Shot List and A FuneralA thought, film

What Godzilla Is and What It Can BeArticles, film