I was watching music videos on YouTube one night when I couldn’t sleep and stumbled across a short film from The Weeknd called After Hours (ironically I was watching during after hours); I was captivated from the very first shot. It’s got some great extreme close-ups and the lighting really sets the mysterious/serial killer tone that follows through the accompanying music videos for the rest of the songs on his album. The extreme close up I was most intrigued by was the opening shot of his eye and how it gradually zooms out and the camera pans from his face out towards the audience and behind him, it really makes me wonder how they got that shot. There’s also a shot about 3 minutes and a half into the video where he’s walking and then stops to put on his sunglasses and a single red/orange light appears over him but doesn’t hit anywhere else… that was really cool. Another shot I really liked was towards the end where he’s being thrown and pulled around the floor. It’s full of jump cuts and random scenes and very chaotic and I love it. I’ve linked it for your viewing pleasure. 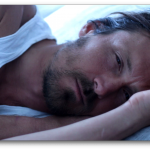