Throughout my college years I experienced many struggles both external and internal. Friends have come and gone, interests have sparked and been put out; love, joy, depression and rage has swelled within. College can be a tumultuous time in anyone’s life, but it can also be a time of great discovery, especially self-discovery.

When I graduated high school, I was not sure where I was going, what I was going to do in the future. I have always had a great interest in video games, so when I applied to colleges and universities I was looking for a school that could put me into the business of video game development. I ended up studying Computer Science at the University of Houston, and after a few semester I loathed mathematics and sitting in front of a computer. I realized I had chosen the wrong path, but what was I to do? I was clueless as to what I wanted to do.

Outside of school I had at the same time been making videos with my friends for fun, most of which should preferably remain lost to history. I did a lot of editing on these videos and eventually I thought, “what if I made this my area of study?” But around the time I decided to switch my major at UH, I was so sick of computers that I could not imagine ever working in front of them. I switched my major to Media Production and thought that at least this would give me some exposure to the other aspects of film-making, and it did. I was inexperienced and insecure, but the variety of areas I dipped my toes in kept me interested, and by the time I first stepped onto the studio floor I realized that I had finally found a place I wanted to be.

I have always enjoyed arts and craft-like hobbies. I like imagining visuals and turning them into something real. Drawing and painting are ways of doing this, but so is cinema. I’ve tried my hand at writing, but always found it difficult to describe what I imagine using words. I have found that I most easily understand how to work within the visual dimension, and I have come to really appreciate a good storyboard over a descriptive phrase. I have found that the area in which I feel the most comfortable is behind the camera where I can create imagery and tell stories by controlling what people see.

That is where my mind is set now, on cinema and camera work, and I feel that I have walked down the right path. Will I always want to do this? Only time will tell. Maybe in a few years when going to work I will realize I’m sick of it, but I see no signs of that happening now. But it is important to be open to new things and experiences, and it is okay to change your mind. Do not make a decision and think that your future is now written in stone. Your future is your story, and you can rewrite it as many times as you need until you are content with the final product. 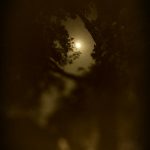 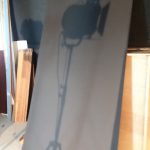