I’m a huge wrestling fan, and one of my favorite wrestlers has always been The Undertaker. Though he is a performer and is playing the part of a deadman, the dedication and commitment that he’s shown and given to the business for 28 years is just unbelievable. He is one of the few wrestlers that has seen eras of a lot of the “top guys” who came and went, yet he’s still here and has always been evolving. One of the biggest attention grabbers of a wrestler has always been his entrance, and every time The Undertaker shows up, you definitely know your going to see something special. He has always had one of the grandest entrances, and I think his entrance at WrestleMania 29 was his best. Just seeing the lighting done here showing his silhouette, and then the hands of his “past victims” reaching out to grab him, I always thought that was cool and scary at the same time. I like how he’s presented here with the lighting like a real deadman coming after you. I wouldn’t want to fight someone like that, haha. 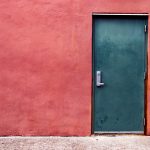 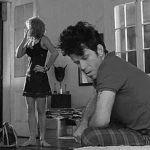 Some songs are moviesA thought